We heard there was a litter of cubs in a wooded area on the savanna.  Cubs are hard to track as the mother will move them every few days.  Emmanuel’s amazing eyes saw the cubs hidden in the grass.  This is what we saw – can you see the cubs?

These five adorable 3-month-old cubs came out to play once they got comfortable with us being there, though mother lioness probably would have preferred them hidden as any predator could be near. 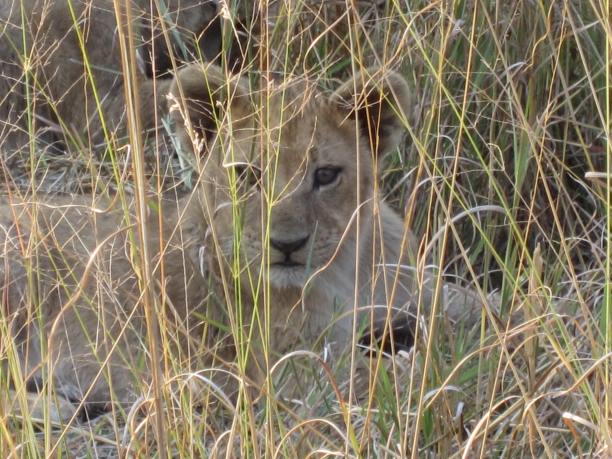 As darkness was almost upon us mother lioness came back.  Not sure how she felt about us being there and we did not stay to find out.  She was moving quickly, we were also moving, and it was almost totally dark for this picture (hence the quality). 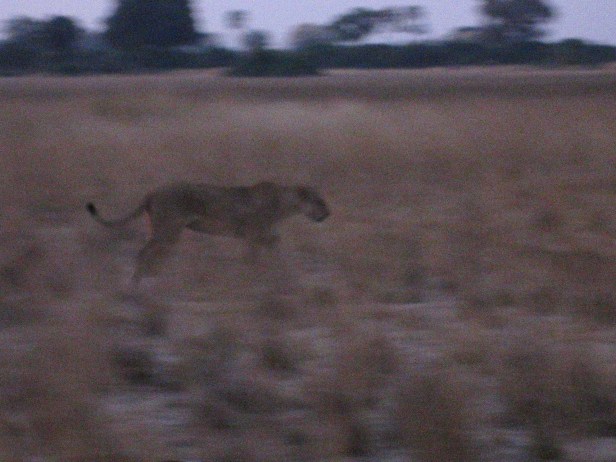 The next morning we checked the same spot and the family was still there.  When a lioness has cubs, her mother will often come to help (just like with humans).  One of the two brought back a zebra and the cubs thoroughly enjoyed it. 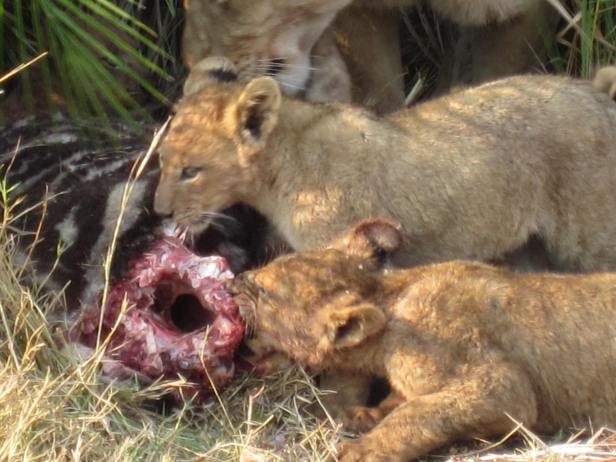 Next the family was off for a trip to the watering hole.  One of the adults stood watch while the other (and the cubs) drank.  Grandma was notably pregnant, maybe a few weeks away from giving birth.

I was in the rear row of the jeep.  At one point grandma came walking right to me. Emmanuel advised me to be still.  He was confident that she was just going to rest in the shade of our jeep (which was right behind were i was sitting).

The hours watching momma, grandma, and the 5 cubs – how they played, ate, drank, cleaned up, interacted, and watched out for each other – was to me the highlight of the safari.  Once the cubs are old enough they would be introduced back to the pride.  The female cubs will stay with their pride their entire lives.  The male cubs however may have to create their own prides at 2-3 years.

See videos of these amazing cats and cubs at African Safari Part 7 – Lion Videos.  The first half of the post features the male lions and the second half features the female lion and her cubs.