Flat Stanley  wanted to see Philadelphia.  Of course I was happy to oblige, as I believe seeing the world is one of the best forms of education anyone can have.

Philadelphia was founded in the mid-1600s by European immigrants.  It was the center of the struggle for independence from the British and as the home of Ben Franklin, among much more history.

Here is some of what Flat Stanley saw:

Flat Stanley then visited the Liberty Bell exhibit and the bell itself.  Flat Stanley read what the bell says:  “Proclaim LIBERTY Throughout all the Land unto all the Inhabitants Thereof.” 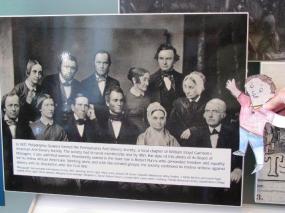 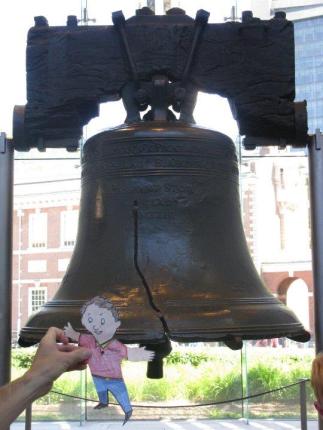 Flat Stanley asked what ‘liberty’ really meant, so I paraphrased the words of Thomas Jefferson to let him know liberty is freedom, particularly from oppression, with equal rights and equal limits to all.  I referred Flat Stanley to a previous post I wrote about discrimination.

Flat Stanley thought that was all pretty heavy so we moved on to Ben Franklin’s storefronts. 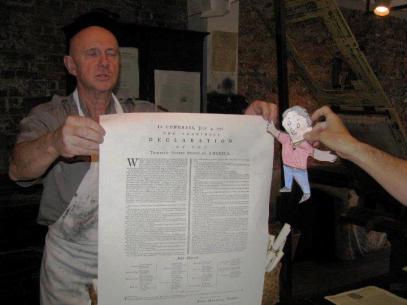 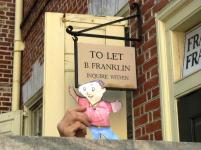 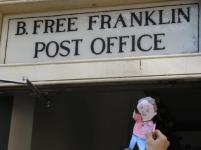 To think, Mr. B Franklin ran a print shop, started the US Postal Service, ran an apartment house, plus he invented bifocals, swim fins, the odometer, the Franklin stove, and even the flexible urinary catheter, plus much more.

We also visited Betsy Ross’s shop and saw her original flag design and learned about her rumored “covert field-work” during the revolutionary war predating the modern CIA.

After all that site seeing Flat Stanley was ready for some food and drink. 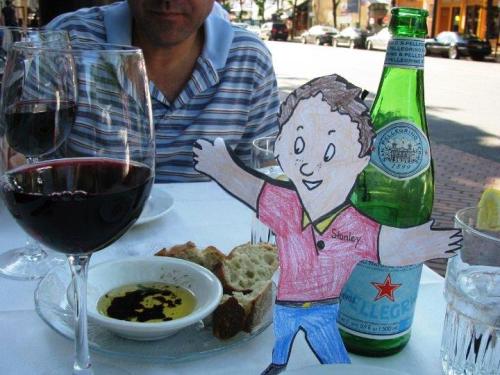 The next day we were off to Valley Forge, where the colonial army wintered over in 1777/1778 and came out more ready than ever to gain independence. 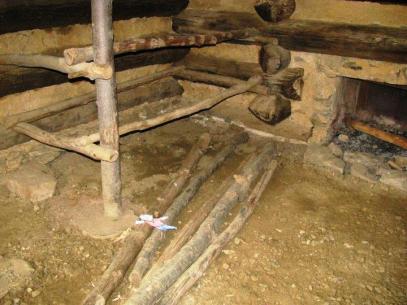 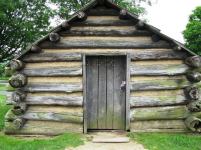 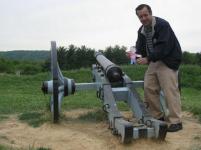 We started with soldiers cabin and Flat Stanley assembling a cot for the night, plus looked at defensive cannons.

We then went to George Washington’s house in Valley Forge, first stopping in the kitchen then visiting his office. 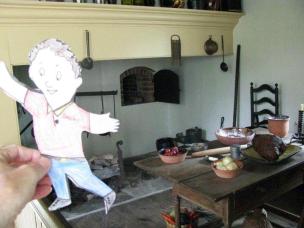 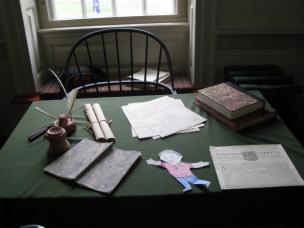 I asked Flat Stanley what he thought of Philadelphia and he agreed there is a lot to see and do plus so much history.